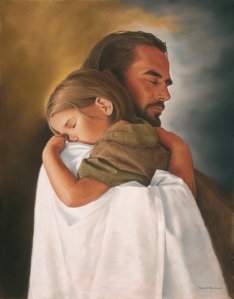 In the circles I run in the scandal involving Sovereign Grace Ministries and C.J. Mahaney has been getting a lot of coverage, and rightly so. I won’t go into all the details as most of you reading this I’m sure already know the gist of the situation. If not, a quick internet search will clue you in.

For the most part, outside of my immediate circle, I’ve remained mostly quiet for several reasons. Some of which are a bit selfish, others because I am trying to use right judgement. One, I don’t want to be mistaken for what is commonly referred to as a “watch blogger.” I don’t mean this in a derogatory way. I believe these blogs provide a valuable service to the church in many cases in holding powerful individuals and ministries accountable, but that just isn’t my gig. I would prefer to spend my time telling people about Jesus.

There are also some of these blogs who have a reputation for targeting large ministries simply to get readers. Pick a controversial topic or ministry, blog on it, and traffic will come. It’s a great way to gain notoriety in the blogging world. Sadly, at times it becomes almost like a witch hunt. I have no desire for this type of reputation.

In this particular case with SGM and CJ, I also simply don’t know enough about the situation to make bold statements of fact. I know which way the evidence seems to point in this particular case, and it doesn’t look good for SGM or C.J., but I would hate to burn them at the stake, only to find that I was misinformed, or there were extenuating circumstances that I simply wasn’t aware of. Again, what is being reported is ugly, and seems pretty damning…but I simply don’t feel comfortable making bold proclamations of guilt just yet. There are certainly other issues at play, but these are the main ones that have caused me to remain mostly quiet.

As I’ve watched all of this play out though, there is one thing that is simply killing me, that I feel like I have to say. Sadly, it’s something that I’ve not heard many people talk about. In all of our talking and bickering about who knew what and when is the very real fact that there are victims of sexual abuse, whose lives have been turned upside down, and in some cases nearly ruined. This should be our main focus. I’m grateful that there are many that have realized this and are speaking up about this fact, and advocating for the victims because this should be our main source of heartbreak.

But something else comes along with this. No matter what you believe about SGM or C.J. Mahaney, one thing is certain…There has been little to no evidence of repentance or concern for these victims. This is something that many people are missing, and it’s absolutely killing me. Again, I can’t speak to who knew what and when, though like I said, the evidence at this point seems to lean heavily that someone knew something and remained quiet about it. Either way, the fact of the matter is…NOW WE KNOW. And now that we know, where are the statements of sorrow and sadness from the leaders of this ministry, C.J. included? Sure, we’ve had some half-hearted statements, maybe even hints of regret…but nothing that truly seems as if these leaders are truly genuinely sorry for the victims.

I read a news story today about the Pope. He compared sexual abuse by priests to a “Satanic Mass” and proclaimed that his church has a zero tolerance policy towards those who would sexually abuse children. He also has scheduled to meet with several victims of abuse. Say what you will about the Catholic Church, but in regards to this situation, they are starting to get it. Instead of focusing on covering their own butts, the focus is now on the victims. There has been repentance, and now they are moving forward from the scandals that has rocked the church over the last several years. In caring for the victims, they are truly modeling the love of Christ. Sure it’s taken them a long time to get to this point, but at least they are there.

Yet, as you look to SGM, you see an organization that has shown little to no compassion for the victims of sexual abuse in their own midst. And, no matter what you believe, or even what really happened behind closed doors within SGM and under C.J. Mahaney’s watch, the fact is there were failures in leadership. Even IF there was truly no wrong done by the leaders, the fact is, something went wrong. This being true, there are real victims of real abuse who are suffering as a direct result of being involved in this ministry that these leaders were leading. This being true, as a leaders, they must take responsibility, and  must do ALL they can to reach out to the victims. This simply has not happened thus far. Steadily what we’ve seen from everyone associated with SGM and C.J. Mahaney is an attempt to look out for themselves, and the organization. This is tragic. This is what is killing me.

I don’t say any of this as one who has an axe to grind with Sovereign Grace Ministries, or C.J. personally. I’ve long respected the work of SGM and I’ve benefited greatly from the teachings and books of C.J. Mahaney. He and others who have rallied around him at this time were my ministry/theological heroes. Even now, I can hardly grasp what has happened. How can men, whose theology I so respect, have failed so epically to look out for “the least of these?”

This is what many people are not seeing. It doesn’t matter what you believe really happened, or who really knew what. There are real victims who are really suffering, and these men that I’ve so long respected have shown next to no concern for them. This is what is really killing me…