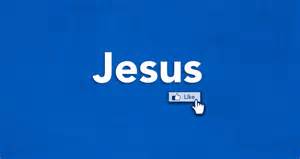 Anyone who has been a Christian for any length of time has heard the “Great Commission”. Even if you aren’t a Christian, chances are you probably know what I’m talking about when I refer to the “Great Commission”. In Matthew 28:19-20 Jesus says these words: “Go therefore and make disciples of all nations, baptizing them in the name of Father and of the Son and of the Holy Spirit, teaching them to observe all that I have commanded you…”

As I contemplate these words of Jesus, I am both encouraged AND discouraged, let me explain.

First of all, I am encouraged as a believer, because God has placed me in a time and in a society in which it is easier than ever for me to reach the masses with His Word. Now, we could list any number of things to make this case – things like air travel, radio and television, or even print media – and these are all wonderful things. What I have in mind though is social media platforms, such as Facebook or Twitter.

I can hear some of you chuckling right now. Many of us don’t take social media seriously. Many of us think of our social media time as simply a way to connect to friends or to share cat videos and photos of our dinner. Others think of social media as a complete waste of time. I want us to think about this, however: In what other forum do you have dozens, maybe even hundreds or thousands of people listening to hear what you have to say? In terms of Gospel impact, what other forum do you have in which you can post a Bible verse or an inspirational quote or thought, and that same verse or quote get seen and shared by people on the other side of the world? All with the simple click of a button. All of us have a circle of friends and a sphere of influence. Social media allows us to multiply that exponentially.

Again, some of us think of social media as a giant waste of time. A lot of us value a physical visit or a phone call more than a message on Facebook or a comment on a status. I get it. In a world that is increasingly becoming more digitized, and folks are communicating by text and email, the sound of someone’s voice or the sight of a friendly face at your door is often refreshing. I don’t think social media can ever replace that, nor should it. BUT, this shouldn’t be a reason to ignore such a powerful tool that God can use for His glory and to spread His message.

As a pastor, I share a lot of Scripture on social media. I often post inspirational quotes or even thoughts that come to my mind throughout the day. I post links to blogs that I find helpful or even blogs that I myself write. Some people would see all of this as a giant waste of time. You would be amazed though at how often people who would never step foot in a church send me a message and ask me questions about spiritual matters. You would be amazed at the number of people, and the types of people that interact with the things that I post. Again, people from all walks of life, with a variety of beliefs, and worldviews. I hear often, “well I never thought of that” or, “I’ve never had anyone explain things like that before.”

I don’t say this to puff myself up, but to say that all of us can reach people via social media that perhaps we would never be able to reach otherwise. I think we would be silly to ignore such a powerful tool. Do we really believe if Paul or Jesus had access to the internet that they wouldn’t take full advantage of it? Absolutely they would, and so should we.

The power of social media and its potential to be used for Great Commission impact is very encouraging to me. As I said though, I am also a bit discouraged, and here is why. With such a powerful tool that we have been given as Christians to make such a powerful impact for the Kingdom of God, I see so many of us wasting this opportunity…and not just because we aren’t using it, but because we are using it so unwisely.

In our charged political climate, as opposed to us seeking to make an impact for Jesus, we would rather use our time online to spout off about our political ideas and philosophies. Instead of us taking advantage of the opportunity to share about the love of Jesus, we use that time to tell everyone how angry we are about this politician, or this group of people, who we believe are ruining our country.

But it isn’t just politics. So many times I see Christians sharing posts with language or images that certainly do not honor the Lord we say that we worship. I see Christians themselves using language or writing posts that are unbefitting of one who calls himself a child of God. I’m no prude, and I can enjoy a good joke, but it is hard for people to take you seriously as a Christian if you share Scripture in one post, then in the very next post go on a profanity-laced rant about the guy who cut you off in traffic.

Social media, like anything else, can and should be used for the glory of God, and I believe this is the reason for which God has given it to us. That being said, Satan will do everything in his power to use it for evil and distract us from using it for its intended purposes. For some, he will simply try to convince us that there is very little value in it. For others of us, he will try to tell us that it’s really just a big waste of time…and if we aren’t using it as a means to glorify God, then he is right.

Don’t fall for Satan’s trap. Take advantage of every opportunity to make much of Jesus. Take every opportunity you can to spread the message of the Gospel. Use the power of social media to take the Word of God to all nations. You never know how much impact one click of a button might have.