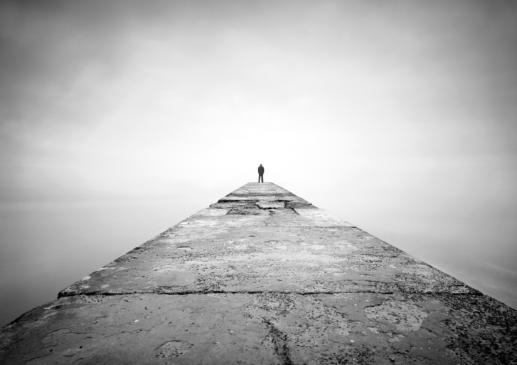 Animals die. People die. This is a certainty. Death is inevitable. It happens to us all. This reality should cause us all to ask a very important question, and I think for most of us it does. This is also the question that King Solomon was asking in Ecclesiastes 3:21-22. Solomon asks, “Who knows whether the spirit of man goes upward and the spirit of the beast goes down into the earth? So I saw that there is nothing better than that a man should rejoice in his work, for that is his lot. Who can bring him to see what will be after him?”

Solomon is asking the question here: Is there life after death? He said, who knows? And like I said, this is a question I think that we all deal with at one time or another in one way or another. It’s a question that most people have.

BUT, if there is life after death, then everything changes doesn’t it? That’s the game changer!

Solomon wants the answer to this most important question, he asks, “Who can know?” And it is true, in one sense, that there is a limit to what we can know about what happens after we die. Yes, we can hear stories or read books about folks who have had near death experiences, but still, there isn’t anyone who has ever been dead for a long period of time, and then came back and told us what the after-life is all about. We have no truly first-hand accounts of all of the details….

Still, we want them! And that’s why books about people going to heaven, and their tales (and I would say tall tales) are so popular to people. Because we want the details about what happens when we die. We want to know what we can expect. Because the unknown is scary. But in and of ourselves, our knowledge of life is pretty limited to our present state. In and of ourselves, we don’t know what happens beyond the grave. This bothered Solomon, and I think it bothers many people.

But the question I have for all of us is this: Do we have to be uncertain about our eternity? I don’t think so. Solomon himself would figure this out too. In Ecclesiastes 12:7 he says of man, “…the spirit returns to God who gave it.”

But even better than this, we have a great advantage over Solomon, don’t we? Why? Because we know Christ. We KNOW the one who can, as Solomon says in verse 22, “…bring him to see what will be after him.” We KNOW the one whom Solomon was longing for.

But He didn’t stay dead did he?

We know that on the third day he conquered death and was raised. He is now in glory at the right hand of God! And now all who believe in Him will rise again to the better life that Hebrews 11:35 tells us about. Jesus has gone to heaven to prepare a better place for us, so that we can be where He is. That’s what John 14:3 says. And because of these things we can be certain of our eternities, and we can have the blessed assurance that we sing about so often.

Jesus has revealed eternity to us, and He has won it FOR us…and all we have to do is receive it, and trust and rest in Him.